Advertising is far from being considered a new concept, but it is an area of marketing that has continued to grow and evolve over the past several years. As of late, all anyone seems to talk about is how companies need to go entirely digital, with the idea that traditional advertising mediums are obsolete. That couldn’t be further from the truth. Some traditional forms of advertising have stuck around for the simple fact that they are effective. Case in point: radio advertising.

The Reach of Radio 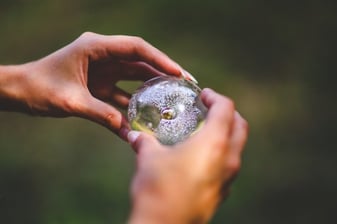 Did you know that radio reaches 91 percent of all Americans ages 12 and up? While we take a quick moment to let that sink in, let’s think about the popularity of social media. It seems as if everyone (including your grandmother) has some sort of profile, but is it actually true? Shockingly enough, it was found that 69 percent of adults in the U.S. had at least one social media account. Although that’s a fairly substantial number, it’s still 22 percent lower reach in comparison to . Now, my point is not to discount the effectiveness of social media marketing tools. I’m simply trying to point out that radio is relevant. Some may even say that radio is future proof.


The Power of Programming

Local radio stations have a unique ability to connect with the community, something that is not always possible with other forms of media. That may be by way of live broadcasting an area event, sponsoring a local high school event, or having a memorable radio personality. With the vast variety of radio programs available, someone is bound to find a favorite and often times, they’re likely to become a loyal listener. That type of loyalty and connection is not always easily found through modern advertising mediums.

Additionally, radio advertising makes it possible for a company to communicate directly with their local consumer base. The radio platform directly serves a local community. Having an understanding of a radio station’s demographic and how it relates to your market presents the opportunity for highly effective advertising. This media form allows you to tailor your message to a highly specific, local listening audience, a feat that’s often more time consuming with other forms of media.

Radio is simple yet effective. There’s no muss or fuss when it comes to tuning into your favorite program. All consumers have to do is turn a dial or push a button and they’re immediately listening to a station. That type of simplicity is hard to find with other digital music platforms. With radio, there’s no scrolling, no constant clicking, just listening.


The Future of Radio

Radio is alive and well, and continues to prove itself as the largest media platform, but where is it heading? How can it keep up with the ever-changing marketing and advertising landscape? The evolution of radio revolved around the need for increased accessibility to compete with satellite radio and music providers like Spotify and iTunes. So, in addition to the physical radios present in everyone’s cars, radio has taken to the internet. Hometown stations are offering live streams of their programming for free through the internet and even downloadable smartphone apps. As the years go on, more and more radio stations will adopt that strategy.


One thing that won’t change is the relevancy of radio advertising. It is just as effective now as it has been for the past several years. Its reachability, connection to the local community, simplicity, and evolution make it a stand-out and ever-present advertising solution. Radio is future proof. 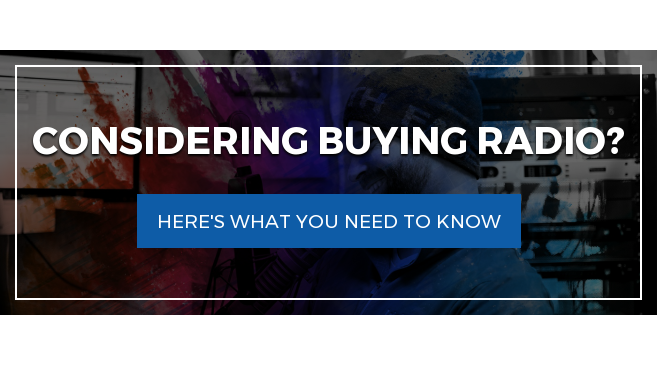