Theater of the Mind Makes for Great Radio, Ads and Broadcasts

Theater of the mind is a powerful thing. Take these two examples:

Six days into what should be the greatest two months of my life, and it’s turned into a nightmare.

I don’t even know who’ll read this. I guess someone will find it eventually. Maybe a hundred years from now.

For the record…I didn’t die on Sol 6. Certainly the rest of the crew thought I did, and I can’t blame them. Maybe there’ll be a day of national mourning for me, and my Wikipedia page will say, “Mark Watney is the only human being to have died on Mars.”

In each example, your mind likely created some image, feeling, emotion or experience. In the first snippet, which was pulled from the beginning of “The Martian” by Tom Weir, you may have painted a mental picture of the scene or imagined the loneliness and desperation Mark was feeling in his new nightmare.

In the recording of Mozart’s Moonlight Sonata you may have begun unraveling a story of your own that aligned with the musical sentences or just experienced the ever-evolving emotion woven throughout the notes.

Each of these examples used one type of communication – words vs. sound. Imagine the power of these two combined. That’s what radio broadcasts and advertisements offer listeners.

Theater of the Mind

And this is why radio is such a powerful communication outlet. With theater of the mind, it’s “all about the acting, the script writing, and what [is] left unsaid.” It’s not about the visuals or theatrics.

While these can be used to tell a great story, they limit the amount of work the audience’s brains have to do, so it becomes much more passive to consume – and therefore more forgettable.

Most Noteworthy Application of Theater of the Mind in Radio

Take the radio scare of 1938, for example. The broadcast, directed and narrated by Orson Welles, was presented as a series of news bulletins telling of an alien invasion. This simulated newscast, intensified by a lack of commercials and interruptions, caused panic in the listeners that believed it to be real. Get a taste of it here:

Now that’s theater of the mind.

Radio and Theater of the Mind 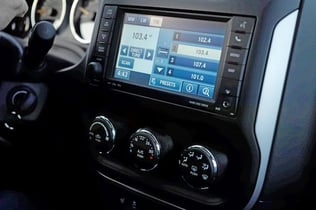 With radio, “the listener imagines… and by imagining, participates.” And their imagination isn’t limited to visuals or images – but rather extends far beyond into to feelings, emotions and all other senses. While I don’t want to dive too deep into the psychology of imagination, I do want to point out some of its power:

And all of these are important in radio broadcasts and advertising because they engage listeners, – your potential customers. Through theater of the mind we can get them to participate, catch their attention and keep it – all while creating a sense of meaning and developing a relationship.

Some things simply work best in our imaginations – radio advertising and broadcasting are two examples. Contact one of our radio reps to begin capturing the mind and attention of your potential customers.