How to Get Your Business Name Out There 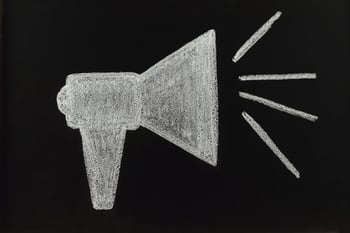 It doesn’t matter if your business is brand new or has been in the community for decades. Businesses of all sizes need to get their names out there. There’s the obvious traditional methods like direct mail, radio, television, outdoor, and print.

And those are just the advertising options you can choose from. There are other channels like attending local chamber events, joining industry groups, starting a blog, and getting active on social media.

I’m not going to focus on any of those options here. Instead, I’m going to talk about different ways you can use your local radio station to get your business name out there that have nothing to do with on-air commercials.

Radio stations need to carry dozens of features to stay relevant and current with their listening audience. Most of those features can be sponsored by your business.

So, what exactly is a feature? I’m glad you asked.

Features are a logical way to organize the content aired on a radio station and placed on its website.

Guess what? Your business can sponsor those features.

On our news/talk station, KNSI in St. Cloud, the news headlines are sponsored by El-Jay Plumbing. Their sponsorship includes their name and logo positioned prominently on the news section of the website, plus their name is mentioned during each on-air newscast. Plus, their logo is added to the news headlines that KNSI emails out daily. None of this runs during a commercial break.

Each of our St. Cloud radio stations has a weather forecast, and it’s sponsored by Andy’s Towing. They also get their name and banner on each of our station websites. Our live radar and school cancellations are also included. Andy’s Towing is an ideal weather sponsor because their type of business – towing – is highly utilized during severe weather, like heavy rain and blizzards.

We’ve already touched on this briefly, but it’s worth going into more detail here. As you know, radio stations love to run contests because it generates listeners. Contesting also drives appointment listening, which is when they tease an upcoming contest or feature at a specific time so the listener makes an “appointment” to tune in at that time. If your business is part of the contest being teased, your name will be mentioned during the tease, too.

The KCLD Secret Sound is a longstanding staple in Central Minnesota. The concept is simple: play a random sound and get listeners to guess what it is. The whole thing is sponsored by Subway, so every time the secret sound is mentioned on-air, it’s branded as “The Subway Secret Sound.” That’s called a title sponsorship; where your business name is woven into the title of the contest.

Every morning at 8:30, KCLD takes caller number 10 and they get to guess what the secret sound is. If they’re wrong, the jackpot goes up, and the listener walks away with a free sub from Subway. If they’re right, they win the jackpot.

In our Grand Forks market, 97 KYCK is giving away lunch dates at Ruby Tuesday. Each morning at six, seven, and eight, the morning show will announce a lunch item available at Ruby Tuesday. Listeners just have to write them down, then call in at 8:15, and name the three items to win a $30 gift card for Ruby Tuesday. It works because it’s simple, and it dramatizes the current lunch promotion at Ruby Tuesday: meal items for $6, $7, and $8.

These aren’t sponsorships or contests. They’re ten second messages read live by a radio station’s announcer after any news, sports, or weather content is aired. Your business doesn’t have to give anything away to be part of these. Think of them like a 10 second commercial, read by one of the radio station’s DJs.

Since your message is read by one of the radio station’s on-air personalities during their show, it’ll feel more naturally woven into their show content, not part of the standard commercial break. These short messages are great if you have an event coming up – like a grand opening or anniversary sale.

They’re also ideal if you have a smaller budget, but still want the frequency to have an impact.

Pretty much anything you hear on a radio station, or see on their website can be sponsored. Thinking outside the box on things like this will keep your brand at the forefront of consumers’ minds. The more places you can get your business name out there, the better off you’ll be and the quicker you’ll saturate the medium you’re on.

Imagine customers telling you, “I hear you all the time! You’re everywhere I turn!” That’d be a pretty nice problem to have, wouldn’t it? Doing the types of things I’ve talked about above will do just that for your business.

For some example of our clients who's used these tactics with success, take a look at our Top Advertising Strategies eBook.