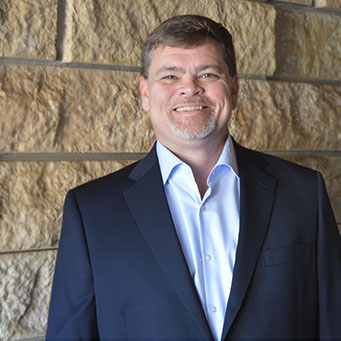 Is there anything more personal than a steak? We didn't think so. Food is a lot of different things to a lot of different people - it's celebratory, it's nostalgic, it's comforting, and for the Schmitz family of Fergus Locker, food - especially meat - is life. Our next entry into 2017's Best Advertising Strategy is the hometown butcher shop, meat counter, and custom processing plant in Fergus Falls, MN.

Bricks and Mortar for Steaks and Chops 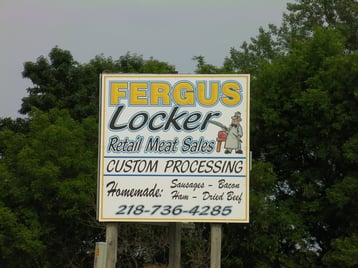 Every great radio branding strategy starts with bricks and mortar of messaging, even a meat market in a small town. Steph Theisen said this once about mortar: "When building a house, you need mortar to hold the bricks together. The same holds true for advertising. Your mortar is common elements you need to include in every single ad to bind it all together into a campaign." In the case of Fergus Locker, those common elements include locally sourced products, fresh every time. The business wanted a way to dramatize that mortar, illustrating how local and fresh meat is the only choice when it comes to the products customers want.

Fergus Locker's AE Kelli Frieler talked about how the business added bricks to build upon the strategy. "There's strategy behind putting a focus on local and fresh for this brand. There's that notion of customized, cut-to-order marketability that sets them apart from grocery stores where you’re grabbing frozen cuts of meat from generic boxes or bulk-sized bags. Fergus Locker wants to highlight its mastery of fresh meats with marbling, different cuts, and above the average selection."

Brent Schmitz has owned Fergus Locker since 2013 when he and his wife Jackie took over the ownership reigns from the Muchow family who operated it for 34 years. As the only full-service butcher shop and processing plant in the relatively small community of Fergus Falls, advertising was still very important to Brent. Together, he and Kelli crafted a genuine and creative way to highlight the mortar messaging of fresh, local meat: with experts who know a thing or two about the subject matter.

The first character was a brusque, no-nonsense East Coaster who talked about Locker's NY Strip steaks. The result was a radio script that sounded like a legitimate tough guy from New York - who else would you trust to tell that story than someone like him? The rich, thick accent talking about steaks - now that's memorable.

The second character knows a thing or two about steaks as well. Picture a campfire straight out of the wild west, with grizzled cowboys sitting around, shooting the breeze. This dramatized Fergus Locker's selection - a real American man's steak. You can hear the crackling fire, and the sizzling meat ... you can almost smell it cooking away on an open flame. That's just good storytelling.

Kelli said, "The purpose of the characters - both the East Coast guy and the rough and tumble cowboy - is to play off classic cuts of meat. With radio being able to provide theater of the mind, it's imperative to illustrate a narrative in as much living color as we can. These characters are so vivid and stand out so well for Fergus Locker. Think of it as adding flavor to the brand - just as you do the meat you're cooking!"

All in the Family

The newest character in Fergus Locker's arsenal is Burger Boy - and he's here to save families from making poor decisions in the name of dinner time. And, he's very close to the brand. Jaxon Schmitz is the oldest of Brent and Jackie's two kids, and he's donning his cape this summer for Fergus Locker's superhero radio campaign.

"When families are on the verge of resorting to boring, uninspired choices at the grocery store or determining how to meet the needs of differing preferences, Burger Boy swoops in to remind them Fergus Locker has everything a family could want - at the fresh, local availability they need," said Kelli.

And Jaxon's become a literal hero around Fergus Falls too. Brent shared, "I’ve put a little more responsibility on him to help me with the creative. He likes hearing himself on the radio of course, but he also likes when customers say, Oh you must be Burger Boy! I heard you on the radio! It helps him with self-confidence and makes him feel important. He enjoys doing it and I love seeing him do it.”

Brent is a humble small business owner who values his community and giving his customers the best products and service. He talked about being part of Fergus Falls. "One thing nice about Fergus is that it’s big, but yet it’s small enough that we know most of our clientele by first name. I deal with a lot of the other local businesses and it’s kind of like a handshake and wink-type relationship. You’re not just an account or an account number. You really have a personal relationship with the people here. Other local businesses buy our product to sell in their locations too. It’s just a great support system and network here.”

Kelli echoed the sentiment adding, "the reason I love to work with Brent is that he’s willing to think outside the box. He’s willing to be creative – the current superhero campaign speaks to that. It was Brent’s idea – and we worked together to tie it into the mortar. He’s allowed Leighton Broadcasting to bring Fergus Locker to life with his characters. It makes the ads unique. It makes his brand stand out, and highlights the endless choices customers have for fresh, top of the line products. People love to shop local, especially in Fergus Falls. Fergus Locker is a big part of that. Brent’s willingness to push the envelope and do more than “rip and read” rattling off the week’s specials on air has made his business more successful. He’s creating a brand, and he’s authentic."

Authentic, just like a real life superhero. Brent added, "I can’t say enough about Leighton Broadcasting. They’ve helped me out quite a bit by giving me a positive direction to go and I look forward to working with them in the future."